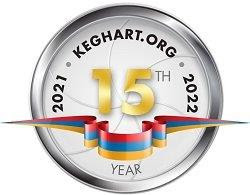 -The latest Azerbaijani invasion on the sovereign territories of the Republic of Armenia (RoA) on September 13 revealed new realities in the South Caucasus. September 15, 2022…….. – First of all, he highlighted the unprecedented decline of the Russia – RoA relationship ……….. – The second reality is that the United States shows a greater interest in the South Caucasus, but it is not willing to get directly involved in the management of conflicts in the region…….. … – The third reality, and the most terrible, is the regional and global isolation of the RoA. Prime Minister Pashinyan's speech to the United Nations General Assembly on September 23 presented the current invasion and its results in a detailed and well-structured manner. ………….. – This loophole was enough to tell observers that Pashinyan failed in his mission. ………… Read more

We, the undersigned, Canadians and Canadians of Armenian origin, call upon the Government of Canada to:

Remarque : When signing, the name will not display immediately. Give it a minute or two to process. Click the forward/back icon at the bottom of the signature box to view the new names entered.